About the Lesson Plan

A Closer Look at the African-American Vote in New York 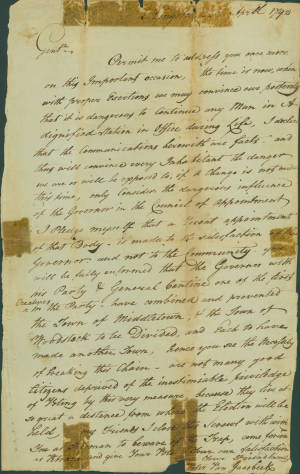 A Closer Look at the African-American Vote in New York

Essential Question(s): To what extent did the principles of democracy expand or contract for African-Americans since colonial times?

Throughout American history there has been a struggle among certain groups of citizens and freed peoples to gain political rights and freedoms. Among these freedoms, the right to vote (suffrage) is an integral component of a Democratic Republic. African-Americans and women have struggled for legal, political, and social equality since early colonial times. After the Civil War, blacks were granted freedom, but were continually faced with obstacles that denied them equal access and opportunity. Similarly, women fought long to be included in the political process and exercise the right to vote.

What Should Students Know At The End of This Lesson:

What Should Students Be Able To Do at the End of This Lesson:

Write a DBQ that is analytical, descriptive, and evaluates the information presented.

How do you assess student learning?

A DBQ rubric may be created using the NYS U.S. History Regents Exam scoring chart as a model.