How the money is allocated

Study: More than $1 billion in library funding to be allocated based on 2020 Census results

Reasons for the Census

Number 1. Why do it? It’s the Law.
It’s how legislative districts are drawn.
Check the Constitution!

Number 2. Who Counts? Every living denizen,
Even if you’re not a citizen.
The Supreme Court says so! (Also see the Analysis on the Supreme Court's ruling from the Brennan Center for Justice)

Number 7. It’s used in online mapping,
Of services, routes, and even some in taxing.
Think GPS navigation systems!

Number 8. It’s used in an emergency,
After hurricanes, fires, tornadoes, when help is needed urgently.
Who needs help?

Number 10. It’s used to study history,
Of people and places. Even genealogy.
But you have to wait 72 years!

This poem is also available in poster form at the following links:

Download the pdf above for a more clear version 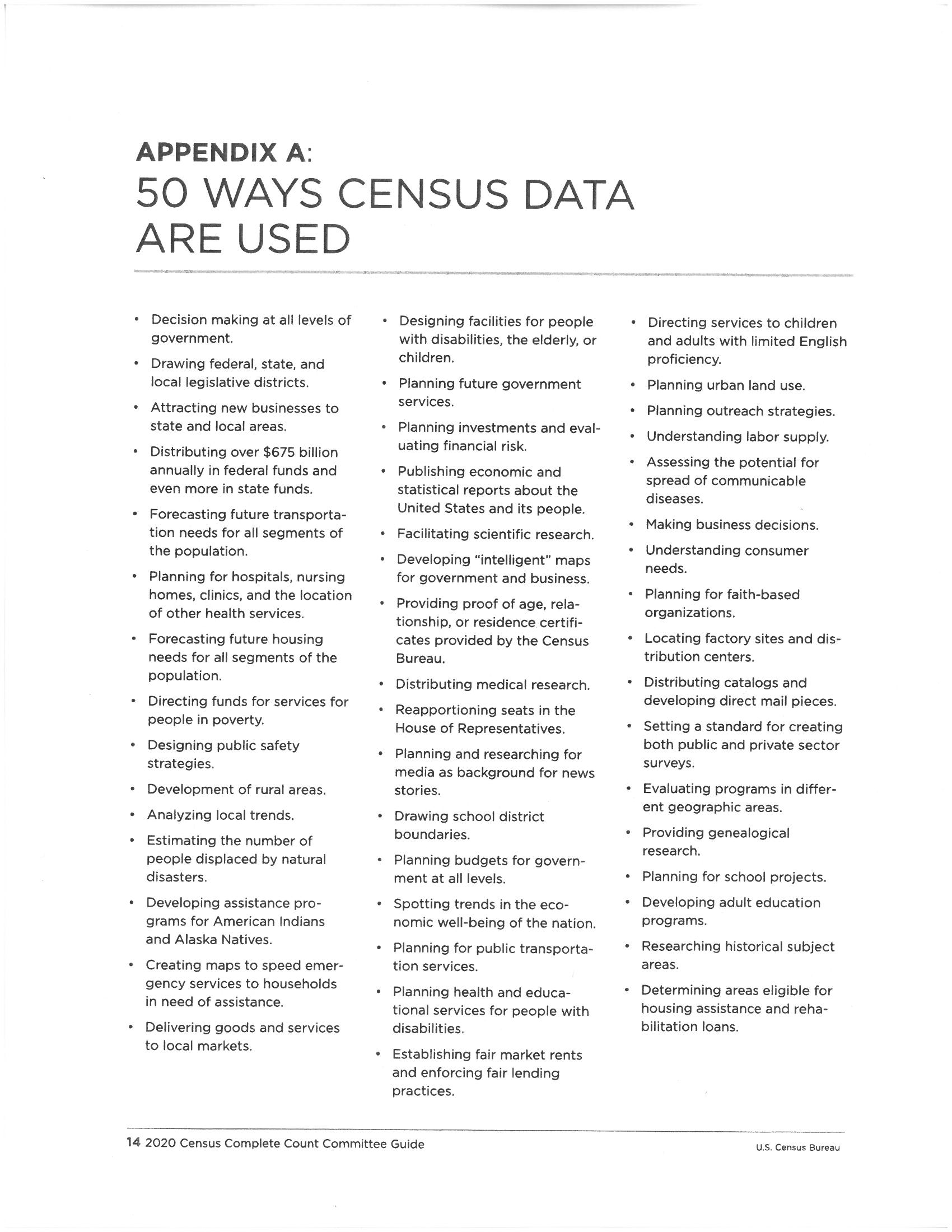 USA Spending tracks federal spending to ensure taxpayers can see how their money is being used in communities across America. Learn more on how this money was spent with tools to help you navigate spending from top to bottom.
You can search by state. Click here to see how New York's Federal money was allocated in any given year.
Southeastern NY Library Resources Council
21 South Elting Corners Road | Highland, NY 12528
Phone: (845) 883-9065
www.senylrc.org